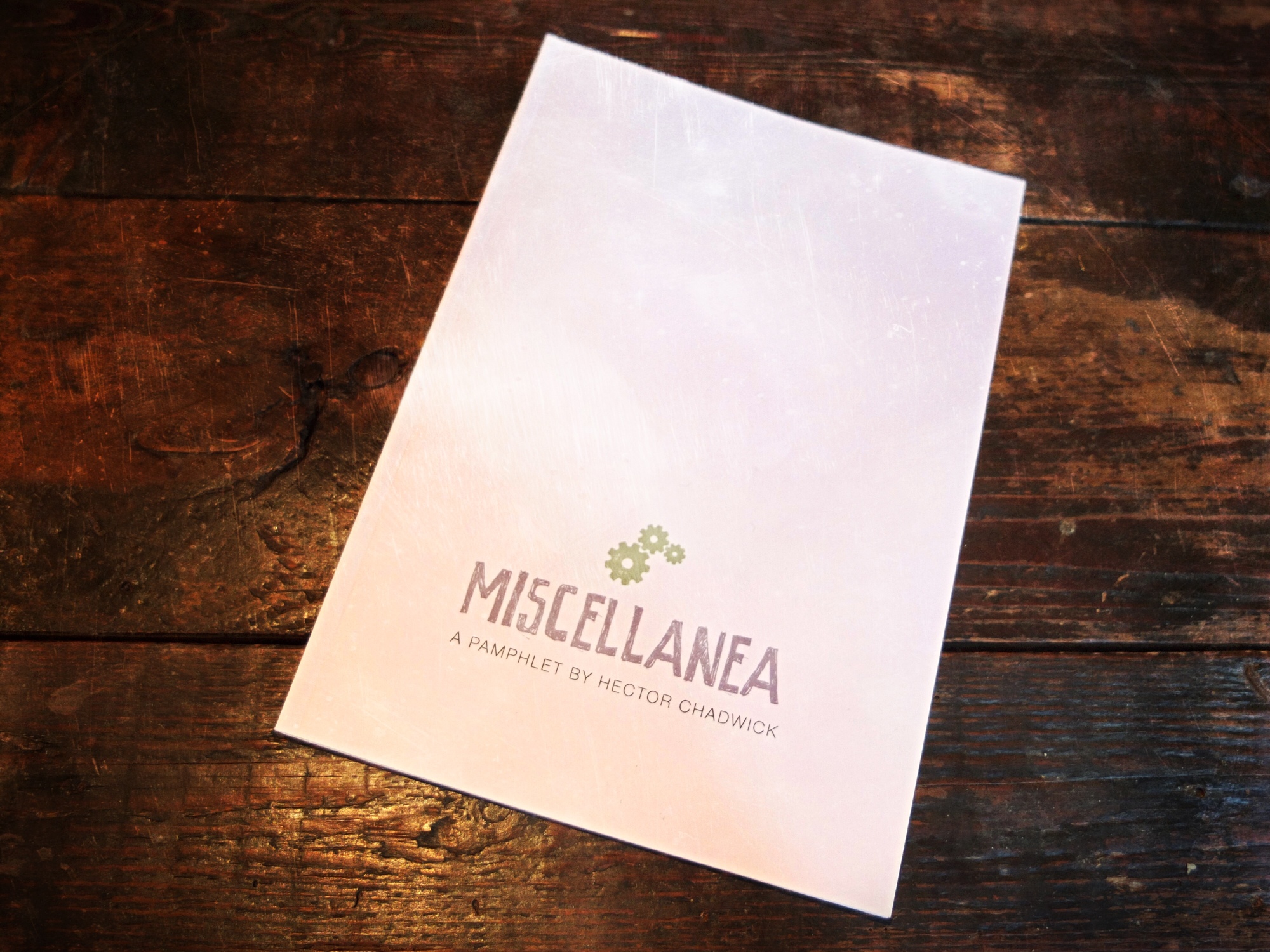 UPDATE: Miscellanea is, alas, out of print and no longer available.

Miscellanea is a collection of bits and bobs from my laptop that I got printed and bound for Mind Summit, 2016. It’s mostly theory, and it’s mostly mentalism, and it’s very often both, so if neither of those areas particularly floats your boat, you’ll be much better served buying a different pamphlet from another magician.

I do, however, write about stuff that’s important and worthwhile to me: overused and thoughtless lines in magic, the abundance of words in most mentalism shows, ensuring the memory of a trick can’t be casually explained away. I also discuss the opener I used for my old stage show and teach you a mental-flavoured card trick I occasionally perform. Denis Behr has logged the contents here, on his most excellent website.

It’s a 68 page, perfect bound, A5 pamphlet (though there are still those who insist it’s a booklet – some people, eh?).